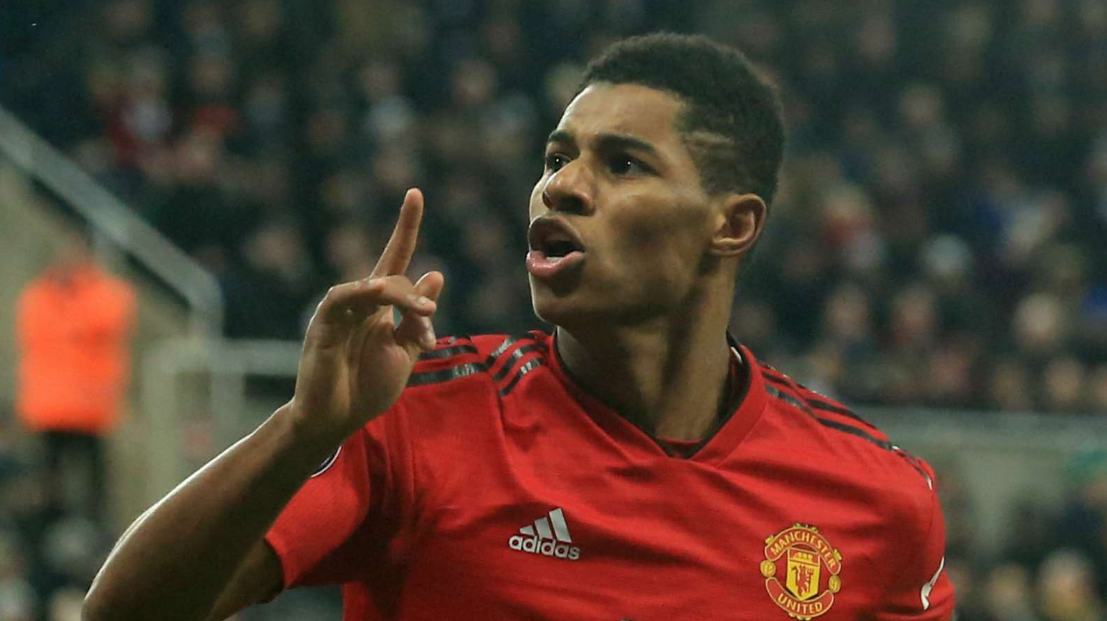 The interim boss has been happy with his young star’s ability in front of goal since taking over for Jose Mourinho.

Newcastle goalkeeper Martin Dubravka was unable to deal with Rashford’s free-kick for the opener, spilling it for Lukaku to tap in.

Solskjaer believes Rashford may have learnt a bit from former United star Ronaldo, who left Old Trafford in 2009.

“I can talk about loads of individuals but when you’re a striker like he is, scores such a great goal like today, calm, composed, just passes it past the goalkeeper,” he told a news conference.

“But then his free-kicks, that was, of course, the start against Cardiff and then he does it again, he’s got a great hit.

“He must have been watching Cristiano when he was practicing.”

Rashford has been directly involved in 10 goals in his last nine games in all competitions for United, scoring five times and providing five assists.

As for Solskjaer, Wednesday’s win helped him join Matt Busby as the only Manchester United managers to have won their first four league matches in charge of the club.

And while he was impressed with Rashford’s free-kicks, he was less impressed with his own accomplishments as he believes winning four in a row is just “the standard” at Old Trafford.

“That will be in the books but it’s nothing I’m thinking of,” he said of winning his fourth straight.

“I’m just thinking about the next game, because if you win four you can win another four with this club.

“That’s the challenge, that’s the standard we’re used to.”

The interim boss also admitted that he was not looking forward to leaving the club at the end of the season, but would keep doing the job as long as the club would let him.

“I’m just thinking about the next game, because if you win four you can win another four with this club. That’s the challenge, that’s the standard we’re used to.”

Game of Thrones bosses speak out on Daenerys’ actions in season 8, episode 5

Teenager who murdered sister over wifi password gets life in jail

Kylie Jenner found a trademark with this three little words