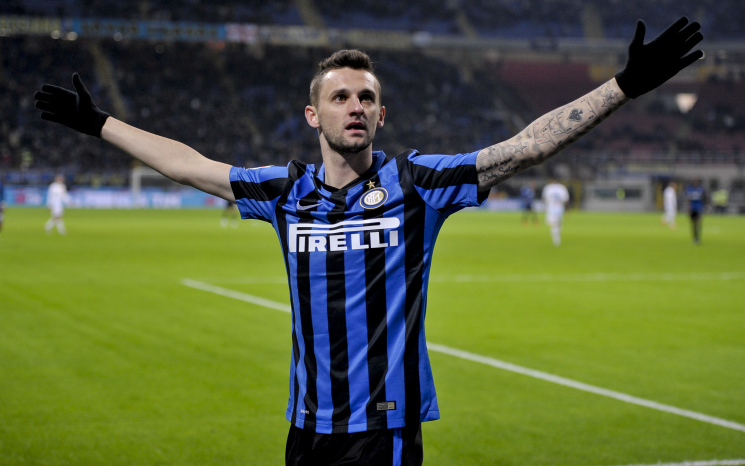 According to August’s report in Croatian newspaper Sportske Novosti, Tottenham Hotspur had a €40million bid for Marcelo Brozovic turned down by Inter Milan.

Marcelo Brozovic, 26, joined Inter from Dinamo Zagreb in 2015 and has established himself as a key player in the side. Last season, he contributed four goals and nine assists. Earlier this year, the midfielder played a crucial role in guiding Croatia to the World Cup final in Russia, where his team were beaten 4-2 by France.

As Marcelo Brozovic has hit the ground running at Inter this season as well, Tottenham Hotspur must revive their interest in the player.

Tottenham Hotspur were beaten 3-1 by Wolverhampton Wanderers at the Wembley Stadium on Saturday that saw them fall nine points behind league leaders Liverpool, who thrashed Arsenal 5-1 at Anfield on the same day. Credits to Tottenham for their performances this season and the position in the table despite not spending a single penny in the summer transfer window.

But the defeat to Wolves gave a harsh reminder as to why Mauricio Pochettino’s side are still not well equipped to challenge for the Premier League title. Spurs’ midfield was entirely overrun by Wolves on Saturday, with the likes of Harry Winks and Moussa Sissoko running out of steam after Willy Boly’s second-half equaliser.

Injuries to Moussa Dembele, Victor Wanyama and Eric Dier has left Pochettino with very little options in the middle of the park and with games coming thick and fast, it is an area Spurs must do everything to strengthen in the winter transfer window.

Lack of investment in the summer may have not backfired but if Pochettino wants to win trophies and realistically challenge for the league title, he needs to persuade chairman Daniel Levy to take out his chequebook next month. And Spurs must solve their midfield crisis by landing Marcelo Brozovic in January.

Brozovic is a versatile midfielder who can play anywhere across the midfield but he particularly excels in a deeper role.

The 5ft 11in Croat is a classy operator of the ball, fantastic in breaking the opposition’s attacks with his tackling and interceptions, and a top workhorse. An aggressive, ball-carrying midfield general, the 26-year-old has the ability to dictate the tempo of games.

Blessed with a solid technique and a never-ending engine, Brozovic’s positional awareness is also good and while he lacks pace, the former Dinamo Zagreb star makes up for it with his work ethic and game-reading ability. Furthermore, he has a sweet right foot which is capable of delivering some outstanding goals, although Brozovic is not exactly known for scoring goals.

All in all, Brozovic would be a solid capture who could improve Spurs’ quality and depth in the midfield. With tons of European experience and top international pedigree, he would represent a massive coup if Tottenham manage to land him in January.

VPN has been added to Opera browser

Welcome to the Tao Community

Parents warned over TikTok App, as it’s used by paedophiles to ‘hunt’ children