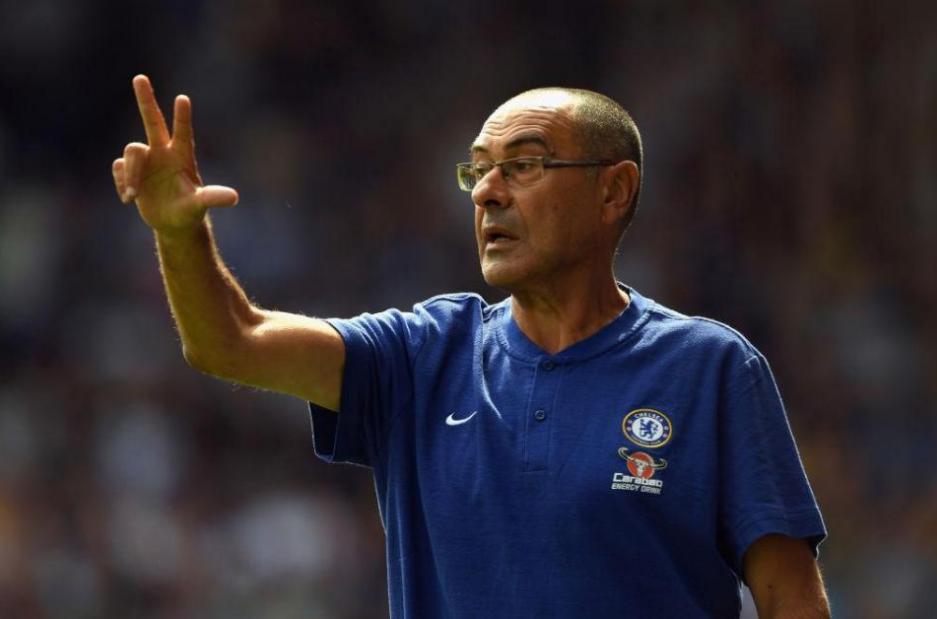 Chelsea signed Christian Pulisic from Borussia Dortmund on Wednesday, and Maurizio Sarri has made the startling admission that he knew NOTHING about the deal before it was announced.

Pulisic joined the Blues in a £58million deal which sees him remain with Dortmund on loan until the end of the season, when he will link up with his new team ahead of the 2019/20 campaign.

Considering the money spent on him, and the forward’s reputation as one of the best young players in world football, the expectation is Pulisic has been bought to become a key first team player as soon as he arrives at Stamford Bridge.

He is seen as a long-term option on the wing for Chelsea, though Pulisic has NOT been signed as a direct replacement for Eden Hazard, despite doubts over the Belgium international’s future in west London.

But despite Pulisic arriving at Chelsea as a guaranteed starter, it has become clear his new manager new nothing about the deal to bring the 20-year-old to Stamford Bridge.

Sarri famously loathes the transfer window and prefers to leave the buying and selling of players to others, and he’s admitted he was in the dark about the signing of Pulisic before it was announced.

“I don’t know,” Sarri replied when asked about Pulisic’s move. “I didn’t know anything about Pulisic on Tuesday.

“The club asked my opinion about him about one month ago. My opinion was positive. Today I have known that the deal is done but I didn’t know anything.”

Sarri was also asked whether he would have preferred Pulisic was to join Chelsea now, rather than before the start of next season, given the Blues’ ongoing injury crisis.

Willian picked up an injury in Wednesday’s 0-0 draw with Southampton to join Pedro and Callum Hudson-Odoi on the treatment table, placing further pressure on the aforementioned Hazard.

Sarri continued: “I don’t know, I am not in control of the market. I have to think about the pitch, improving my team and the offensive phase.

“We are good to build up the action, we have to improve in the last 20 metres. The club know my position, it is up to the board.

“As I said before I am not in charge of the market, it is difficult for me to talk about the market or the deal of Pulisic.”

HP CEO Dion Weisler is stepping down by November

#BUHARIOUT#: Nigerians shout out loud “The person Buhari unconstitutionally replaced Onnoghen with is a Sharia Judge with a PH.D in Sharia Law

Captain Marvel: I was clueless about Carol Danvers, but now I love her

Uber launched an app to connect workers with businesses

Change your screen habits from time-wasting to money-saving